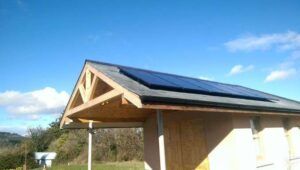 Starting Thursday 19th December, 2019 there will be a number of changes to the Government funded domestic solar photovoltaic (PV) scheme. This scheme has supported the installation of solar PV panels on homes for the generation and self-consumption of renewable electricity. The changes follow a review of the scheme’s operation and uptake over the past 16 months. They are part of the continued evolution of the solar PV scheme, ahead of a transition to the enduring support scheme for microgeneration enabling homeowners and businesses to generate their own electricity, as envisaged in the Climate Action Plan.

The key learnings from the first 16 months of the scheme:

The scheme changes are as follows:

This means the subsidy for the solar panel components remains unchanged for consumers producing up to 3 kWp which is beyond the capacity of the average Irish home, decreasing only after that point. So, for example, someone installing a typical 2kWp system will receive a €1,800 grant. While someone installing a larger 4kWp system with a battery will receive a €3,000 grant. An appropriately sized system will typically pay back the cost, net of grant, in around ten years.

Since the scheme started, over €3.5 million in grants have been paid towards over 1,500 domestic PV systems with an installed capacity of over 5,000 kWp. In the same period, the number of registered PV installers has increased from 13 to over 100, with new companies continuing to register with the scheme.

To date this successful scheme has enabled a growing solar PV installer base and reductions in installation costs. A healthy market for domestic solar PV benefits homeowners through choice and value, in addition to the free electricity they are generating for their homes. At the same time, it is vital that homeowners are guided to invest in appropriately sized solar systems. Oftentimes solar PV is not the best first choice for a home energy upgrade. These changes reflect the learnings from the scheme to date and will rebalance our support to this market in a targeted and appropriate manner.

Homeowners can continue to apply under the existing (2019) grant amounts, terms and conditions until the 19th December 2019. The works must be completed, and all documentation submitted by 31st January 2020.

The next phase of the scheme will open for applications on 7th January 2020 when the application process will change to a more traditional grant application / offer based approach in line with the other SEAI home energy grants.

Get in touch today to arrange an appointment and see how we can start saving you money.

To Arrange A Call Back Now!